The Structure of Wing Chun Kuen 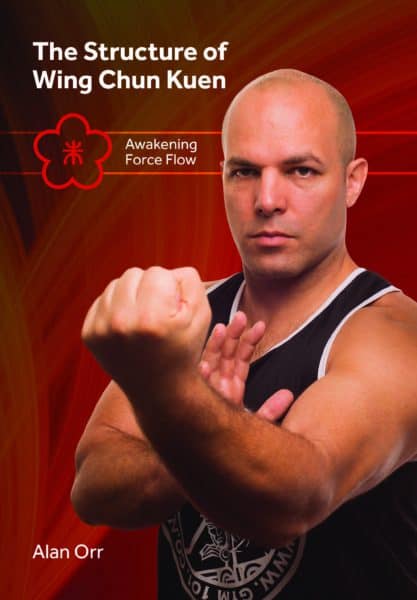 Alan Orr is world renowned martial arts teacher, regarded as a modern Wing Chun master. He has been featured on the cover of Martial Arts Illustrated magazine twice, has written hundreds of articles, and is the former editor of MMA Uncaged magazine. Alan has traveled the world to find and train with best martial art and healing teachers and today he himself teaches martial arts, fitness, and healing in multiple countries. He holds 8th degree in Chu Sau Li Wing Chun, 5th degree in Integrated Eskrima, and Black Belt in Brazilian Jui-Jitsu.

He currently resides in Tauranga, New Zealand with his wife and daughter, and runs the successful GYM 101 and the online Alan Orr Wing Chun Academy.

To master  Ip Man’s Wing Chun one must develop mastery of internal body structure, energy generation, and proper force issuance in his own movements and especially when controlling an aggressive opponent. In The Structure of Wing Chun Kuen, Alan Orr teaches this very method in great detail.

This impressive volume introduces practitioners to the essence of the Chu Sau Li Wing Chun system and its role in the structural development of Wing Chun. It follows the story of Alan Orr and his quest to learn martial arts as part of his path to personal growth and development. It explores highs and lows of learning and his search for understanding the internal and physical aspects of Wing Chun. From here, the book delves deep into the structure, core, and training of this dynamic martial art.

The Six Core Elements of Wing Chun have become essential learning to master the Wing Chun and in this book Alan shares the teachings of grandmasters Robert Chu and Hendrik Santo, who have helped him to master Wing Chun and produce successful full-contact competition fighters. The Structure of Wing Chun Kuen is a blueprint for a deeper understanding of this world-famous art.

“Alan Orr is one of the most learned and talented modern masters in the world. His book, The Structure of Wing Chun, is a blueprint for mastering the martial mechanics, internal body structure, power generation, force flow and training methods of Wing Chun. I love this book.” —Dr. Mark Wiley